Queens of Beasts 5: The Trappings of War

by by Phoenix Williams 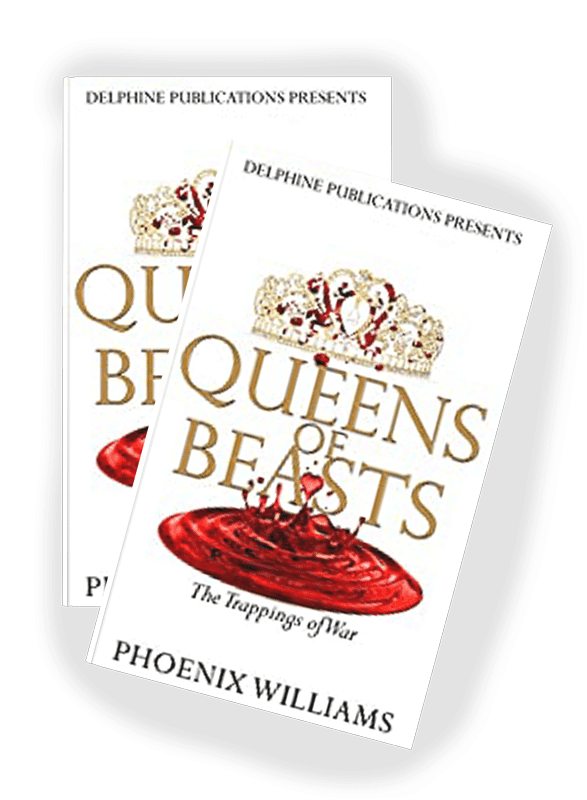 Queens of Beasts 5: The Trappings of War

A union cursed by the heavens and damned by the underworld.

Fourteen years ago, John and Mioko Mashall set into motion a series of events that would change the fate of the world. Fueled by greed, power, and money, they unleashed on the world what would forever be known as The Queens of Beasts.

With the clock winding down, the Mashall sisters are forced to take on their biggest enemy yet, their parents. However, things are not what they seem. Betrayal. Secrets. Ulterior Motives. War. That’s enough to make the strongest of men go insane. Luckily, the Mashalls are already there.

In the field of bluebells, Sophie’s legacy will be put to the test.

In the fifth installment of the Queens of Beasts series, blood will spill, lives will be lost, and monsters will finally reveal themselves. Will Hell Fire Valley be the end of the Queens? Or, will the battlefield be Adara, Revy, Mika, Mirai, and Rin’s bloody coronation?