Queens of Beasts 4: The Complete and Utter Haunting of Mirai? 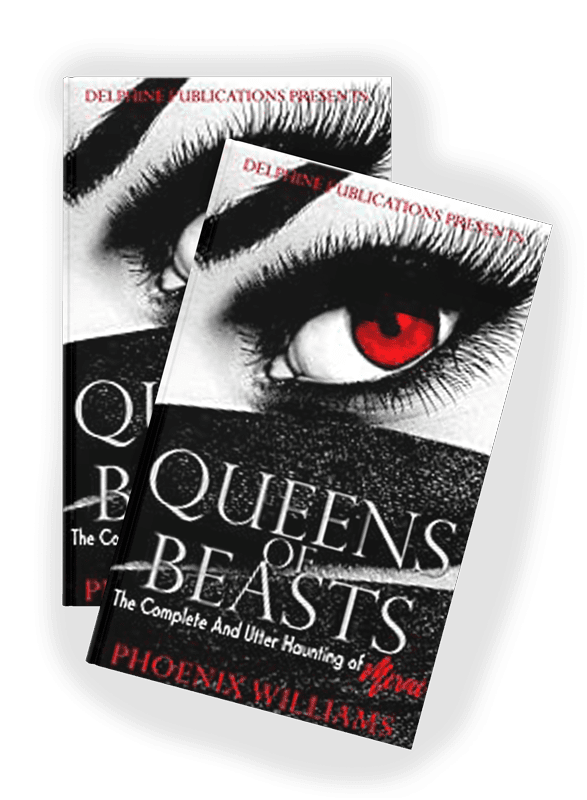 Queens of Beasts 4: The Complete and Utter Haunting of Mirai?

Adara the Monster. Revy the Deranged. Mika the Berserker.

And now, Mirai The Reaper.

Mashalls fight everything. That had been ingrained in Mirai Mashall since the day she was born. Fight the world. Fight tradition. Fight everything except for each other. But what’s a girl to do when the enemy she needs to beat is her own parents? Simple. Kill them and bathe in their blood.

Ravens don’t do love matches. Love is patient. Love is kind. Love is many things, but a kingmaker it is not. Cleophous Clawson, Alpha of the Ravens, knows that to secure his family’s place as a political juggernaut, he needs to marry up and marry well. Now, if only his Raven didn’t have other plans.

You can’t outrun, out-fight, or out-think a prophecy. For thirteen years, the winds of change have been on their way to Hell Fire Valley. Mirai and Cleophous will turn a slight breeze into a full-fledged cyclone. Alliances will be formed, bonds will be tested, and gauntlets will be thrown. In the end, we will be left with two questions. One, who is the traitor? Two, which of the Queens is pregnant?